Alicante is located on Spain’s southeastern coastline and has been attracting regular holidaymakers for well over 40 years. And with just under 3000 hours of sunshine per year, it is perfect for those seeking an ideal Mediterranean holiday.

Alicante has become a popular holiday destination over the last few decades as it serves as the gateway to the magnificent Costa Blanca. 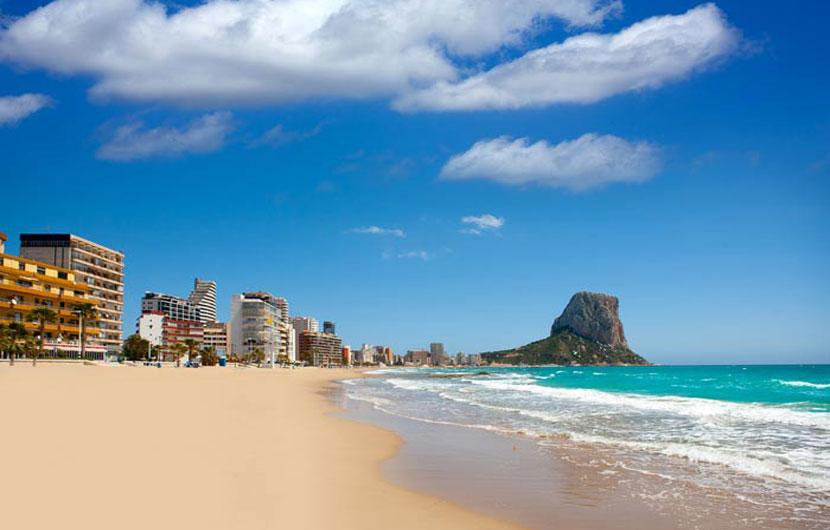 Alicante enjoys a rich melting pot of cultures, influenced by the local and Catalan cultures. It is where many foreign residents have chosen the relocate and is very popular with northern European ex-pats.

No matter what time of the year you plan to visit Alicante you can always expect decent weather. During the summer months, temperatures can hit 33 °C so make sure you take plenty of sun cream.

The city of Alicante has excellent transport links to almost everywhere that might interest you as a visitor.

Alicante international airport is the sixth busiest of the country, operating flights to and from most European countries with low-cost carriers. There are rail links to Madrid, Barcelona and the region’s capital Valencia.

Nearby popular places to visit include the popular beach resort of  Benidorm, Javea, and Denia, all of which are well worth visiting. There are also ferries which operate a regular service to the Balearic Islands.

Top 10 Things To Do When Visiting Alicante 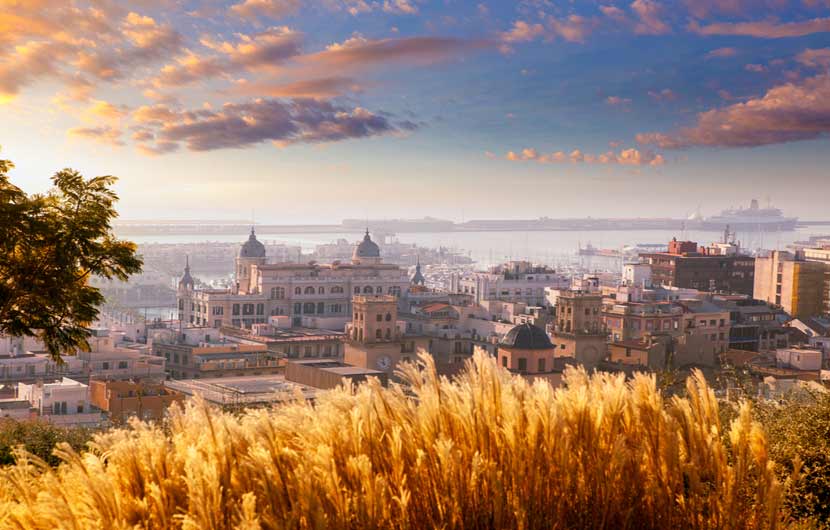 For Spanish history lovers, there are plenty of sites to visit given the city’s constant occupation by so many different cultures.

For a bird’s eye view of the city and surroundings visit L’Ereta Park,  a wonderful green area to explore.

The fame and sophistication of Alicante become apparent when you step on the Esplanada de Espana, the city’s own promenade.  Paved with 6.5 million wavy marble tiles it makes for great photos.  Flanked by the Mediterranean Sea on one side and rows of tropical palm trees on the other, the Esplanada is a perfect place to take an early evening stroll or simply to watch the sunset.

Head out to Tabarca Island for a fun day out. Once frequented by pirates the island is now a designated site because of it's marine biodiversity.

Towns & Resorts in the Alicante Region

Standing proud at the top of Mount Benacantil,  Santa Barbara Castle overlooks the city offering stunning views out to sea, especially in the summer months.

Tabarca Island is a small island 10 miles off the coast of Alicante and can be accessed via ferries which run daily.

The island is ideal for a trip, with a small number of hotels and restaurants on the island, a beach for sitting back and enjoying the sun for an hour or two

If you’re feeling ballsy then try cove jumping, where you launch yourself off the rocks into the sea.

There are also scuba diving and snorkeling tours available on the island available.

Situated in the town of Busot, just outside Alicante, the Caves of Canelobre formed over 150 million years ago, tucked away at over 700 meters up the side of the Cabeco D’Or Mountain. The caves act as a venue for classical music concerts, although the majority of the 60,000 yearly visitors are there to see the natural rock formations that have an eerie effect to them when illuminated.

Guided tours of the caves take around 45 minutes and offer plenty of photo opportunities.

The coastal town of Villajoyosa is known for its brightly coloured fisherman’s cottages and wonderful seafront.

Attractions include the Valor chocolate factory and several wineries. It's easy to see why Villajoyosa is popular for day trips from Alicante.

El Campello is a modern coastal resort located around a 30-minute drive from Alicante airport. The resort boasts over 20 kilometres of white sandy beaches, excellent beach promenades and a few interesting historic sites.  Places well worth visiting include the tower Torre Vigía De La Illeta and La Illeta dels Banyets one of the earliest excavated archaeological sites of Alicante.  The two-mile-long Paseo del Mar ( promenade) is perfect for evening strolls and watching the sunset.

This Playa Carabassi beach deserves a mention due to its glorious expanse of golden sands and wooden walkways over the rolling natural dunes. There are a smattering of rustic beach bars to complete the natural vistas.

OK so it’s not in Alicante, but in Benidorm not far away is Europe’s biggest water park, Aqualand. With some high adrenaline rides such as the aptly named Kamikaze slides, the black hole, and the Big Bang, which claims to be the highest chute ride in Europe.

There are many food stalls and restaurants to grab some lunch onsite and parents can chill out at the Jacuzzi bar while the kids enjoy themselves.

Aitana Safari Park is around 30 minutes drive from Alicante and well worth the trip.

There are two separate areas; the main park and a children’s zoo, each catering for all age groups.

The main park boasts tigers, lions, elephants, giraffes and zebras whilst the small children’s area offers an animal nursery for the newly born members of the park.

Discover The Vineyards of Alicante

Visit a beautiful winery in one of the best wine-producing areas of the Alicante region and take a tour of the cellars and holding tanks. Learn about the wine-making process before a tasting of different wines produced at the winery.

Held on June 24th, the official festival of Alicante, Las Hogueras de San Juan is a traditional celebration in which locals create wooden or paper mache statues which are paraded through the town before they are put on a bonfire at the end of the celebrations.

The festival includes areas called barracas where you will find orchestras, a dance area and food and drinks.

Conveniently located near the centre of Alicante, El Postiguet beach is a kilometre long stretch of sand, this blue flag beach is noted for its perfect conditions.

You can hire sun loungers or hammocks to enjoy the sun surrounded by palm trees, while the usual water sports such as jet skis, banana boats and parasailing..

Similar to La Rambla in Barcelona, Explanada de Espana is a walkway located by the Alicante harbour. There are numerous bars, restaurants, shops and street performers.

Alicante Golf holidays are also becoming increasingly popular with visiting golfers.  There are around 10 quality golf courses in the area including the Alicante golf club, Sella Golf, Bonalba Golf, La Finca and the Alenda golf club.

January – St Anthony’s Market: a local market held in the bullring, where locally produced food is sold. The day is named after the patron Saint, San Anton.

March – Semana Santa: the holy week in March, with religious events held around Easter including the Silencio Del Jueves Santo, the Veronica procession and the Santa Cruz procession.

April – Santa Faz Pilgrimage: probably the biggest event in the calendar of Alicante, with 200,000 people walking from the centre of town to the Monastery of Santa Faz. There are also markets, fairs and picnics around Alicante to celebrate this annual tradition.

May – Cruces de Mayo: the town is decorated in crosses, dressed in flowers, while there are musical performances, parties, food and drink stalls, usually all located in the Santa Cruz area.

June – Bonfires of St John: as mentioned above, homemade sculptures are carried through the town and then put on a huge bonfire, while a fireworks display over the castle of St Barbara closes the event.

July – Jazz festival: during the summer months, there is a celebration of jazz music in most of the bars in town, with live bands on most days.

August – Virgen Del Remedio: honouring the patron saint, our Lady of Remedy, there is a procession, concerts and a feast day on August 3rd.

September – Virgen del Socorro: a festival held by fishermen including cooking contests, games, dancing, food and drink in honour of a patron Saint, our Lady of Succour.

Later in the year, the parties quieten down, with the national day of Spain on October 12th, and the usual new year's celebrations at the end of December.